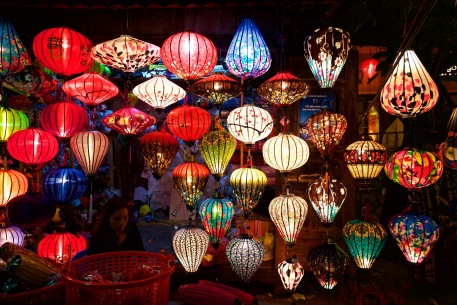 It’s been five years since my last post, and a few things have changed since then. I stopped writing for newspapers and joined an investment firm where I wrote about the stock market, software companies, the price of oil and Netflix and Amazon taking over the world.

Inexplicably, my boys have gotten bigger and older while I have not. My team at home has faced and survived many of the requisite milestones that would have provided ample fodder for Sylvia pieces. I’m not sure if writing about them would have made the experiences easier or more painful. We’ve passed the driver’s test. Twice. Though we failed the permit test. Twice. (It will be Thing Three’s greatest accomplishment to best his brothers in this regard. I’ll keep you updated.) There’s been the first speeding ticket, the first accident (the guardrail jumped out of nowhere), and even a night in the ER.

We’ve shepherded one child through the college application process. And I’m not looking forward to doing that two more times. We’ve watched our boys experience significant successes and visceral disappointments. They continue to make me smile and laugh and accept that my job is far from over. Thing Two recently told me he’d like to study astrobiology. Given the career applicability of pondering life on other planets, I’m thinking I could be at this parenting gig for a while.

So, as I resume writing professionally, I wanted to resurrect my blog as a repository for my writing, published or not. Because, apparently despite all of the management books that top the bestseller lists, no editor is interested in a screed titled The Four Hour Parent. So, to the blog I go.

As former readers will notice and new readers are now informed, the blog has changed. Originally, I wrote Playgroup With Sylvia Plath. But that was five years ago, which is forever on the internet. For the first few years, I would renew my domain name when GoDaddy sent me reminders. But then, at some point it felt like I was holding on to the prom dress from 1988. It was velvet, crewneck and long sleeved. Trust me, no high school girl is hoping to borrow that today. Have you looked at Instagram lately?

So it was time for a fresh start. I explained my dilemma to a few people and asked for help. After they stopped laughing, they offered up Sylvia’s Oven, Beyond Playgroup and Family Photos With Diane Arbus. (Let it be noted that the troubled photographer is known for works such as Child With Toy Hand Grenade In Central Park.) My youngest suggested “My Domain Was Taken Over By A Porn Site.” But I wanted to keep Sylvia. Over the years of writing the blog I felt I owed it to her and all the other women who are not trying to do it all. But women who are trying to do most of what is important to them and trying to know that it is enough. And then it hit me, Leaning Out With Sylvia Plath.

When Sheryl Sandberg’s book Lean In came out, a friend (who leans in and kills it) gave me a copy. I loved it. In it, the COO of Facebook details some of the factors that account for the leadership gap between men and women in so many organizations. She sums it up in the intro, “We hold ourselves back in ways both big and small, by lacking self-confidence, by not raising our hands, and by pulling back when we should be leaning in.”

Having decided on my new title, I went looking for my copy of Lean In. There are a lot of bookshelves in my house. Every year or so, I’ll do my best Mari Kondo and sort, discard and rearrange books by topic and strive to experience that life-changing magic of tidying up. But in the interim, books get stashed and squeezed in wherever I can make space. My copy of Lean In was wedged between a business book called The Hard Thing About Hard Things and four Sylvia Plath books. It was karmic awesomeness.

(Please note in the photo of my bookshelf that my copy of Betty Friedan’s The Feminine Mystique (which I read in college and adored, thinking it was a history book and would not apply to me) rests firmly on top of my boy’s high school English copy of Macbeth. Of course, Lady Macbeth is said to be Shakespeare’s most frightening female character. Critics say the play implies that women “can be as ambitious and cruel as men, yet social constraints deny them the means to pursue these ambitions on their own.” The play was written in 1606. Karmic awesomeness indeed.)

Her authority flags a bit midway when she writes about traveling to a business conference with her children on the eBay plane with the CEO and other executives. Just after take off, her daughter begins scratching. “Mommy, my head itches!” Brilliant. Billionaires get lice too. But then she stumbles. “We grabbed the shampoo that I needed to treat her…and spent the night in a marathon hair-washing session.” When it comes to lice, you’ve really got to lean in. Shampoo won’t do it. It takes picks, tweezers, a flashlight, multiple hands and all 121 minutes of Star Wars and half of The Empire Strikes Back.

But really, I highly recommend the book. Granted, she writes mostly for women who are in or have yet to begin their careers. I left mine years ago and I wouldn’t want to have to explain myself to Sheryl Sandberg. But on the very last page of her book, she let’s me know I wouldn’t have to. In thanking her key researcher, she concludes, “When my offer came, she had her own book to write and a second baby with food allergies who was not sleeping well.”

Those ten words in the acknowledgements section of a business management book had me in tears. Last page of Love Story sobbing tears. I think that despite the speeches, the Lean In Circles and the calls to action, she gets it. Sometimes women or couples or families don’t have the means, the flexibility, the desire or the emotional capacity to lean in.

When I tried the new blog title out on Slim, he texted back, “I get the reference, but how is Leaning Out different from Leaning In? Is it a message or just a play on words?” Hmm. Was Sylvia’s exit a message or was she just changing the light bulb in her oven? I texted back, “Leaning In is staying in the workforce and pushing harder to compete. Leaning Out is saying, F*#% it, I’m doing it my way.”

So I guess Leaning Out With Sylvia Plath is just my way of leaning in.

21 thoughts on “Leaning Out”