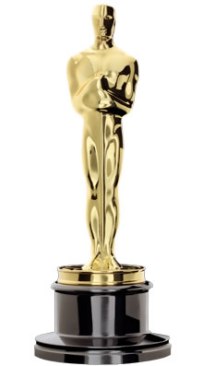 I did it. I saw all nine of the movies nominated for Best Picture before this weekend’s Academy Awards. The last time I completed the feat was the year I had my first child. There were only five nominees and the statuette went to Titanic. Since then, the nominees have been upped to as many as ten, which let’s face it, is enough to drown in – even if Leonardo DiCaprio is holding your hand.

But I love the movies. Always have. I remember one of my best days as an investment banker in Manhattan was playing hooky to see a matinee with a colleague. (Of course that act of defiance was weakened when we found ourselves still at the office at 2 am). And Slim and I were at The English Patient with friends the night I went into labor with our first. Yes, we stayed for the whole thing and we had popcorn.

Two hours of entertainment and escapism for an afternoon or evening can’t be beat. (Or morning as the case may be – just ask my kids, whom I made see the 10 am showing of War Horse on Presidents’ Day.) But movies can be so much more – at their best, they help us make sense of the times in which we live.

First, if the best picture nominees are any indication, it was not a good year for fathers and fatherhood in the movies. The Artist, Midnight in Paris and The Help can all pass go. But the others, sheesh.

The Descendants opens with George Clooney explaining that he is “the back-up parent” and that he knows very little about his own children or how to parent. Even as an absentee father, I wasn’t buying George Clooney as dad. But the casting of the history and scenery of Hawaii as a supporting actor in the film made up for his weakness.

Admittedly, I was also distracted for much of the movie thinking of the poor actress who must have gotten the “good news-bad news” call from her agent. “Good news, you are playing the part of George Clooney’s wife. Bad news, you’re in a coma for the entire movie. Oh yeah, and you cheated on him.”

In Moneyball, the storyline of Pitt as divorced dad trying to stay close to his daughter is really just a vehicle to get two of the only three female characters into a (great) movie about baseball statistics and objective and subjective value. The relationship also provides one of the best songs to come out of the movies this year. (With only two pieces competing for Best Original Song – from The Muppets and the animated Rio, at that – how can The Show by Lenka not have gotten a nod?)

Pitt’s role as father in The Tree of Life is far more demanding and complicated. He himself explained the part in an interview, “In the film…the mother represents grace and love, and the father represents nature – but nature as that oppressive force that will choke another plant out for its own survival.”

Which explains why nearly half the movie feels like an IMAX special about the creation of the universe, nature’s destruction and the origin of dinosaurs. Consider yourself warned. The movie does have a gorgeous soundtrack, as Pitt’s troubled character gave up his dream of being a classical pianist to become an engineer. (Like that’s not gonna come back and bite you when you’re dreaming of a future for your own children.)

Somebody, please, get these boys together!

I went to both movies reluctantly and they were my surprise favorites of the season. I don’t do kids movies that aren’t really for kids and I don’t do 9/11. My assumptions were wrong on both counts.

Much of the criticism of Extremely Loud has centered on the movie’s post 9/11 setting. It has been dubbed “Extremely, incredibly exploitative.” It’s unfortunate, because you don’t need 9/11 for a story about fear, courage, family, hope, healing, forgiveness and resilience. By all means go, but plan on a nap and a day or two to recover.

Hugo director Martin Scorsese said that he agreed to adapt the novel-meets-picture book when his wife asked him to make something their young daughter could watch. (It must be completely normal in Hollywood to be 69, married five times and have a 12-year-old.) He succeeded and then some – and he just may be thanking his wife and daughter Sunday night.

Steven Spielberg’s War Horse went the other direction. He adapted a children’s novel into a graphic World War I epic that should be subtitled, “Saving Joey The Horse.” The fact that the movie was released over Christmas, previewed with family movies, and marketed as “a boy and his horse” story perhaps contributed to my confusion thinking it was a kids movie.

During the movie, my own kids kept asking what time it was (never a good sign). And when it was finally over, Thing Two actually said, “I liked Saving Private Ryan better.” Of course, the sub plot is an alcoholic father who doesn’t have the courage to be a father to his son.

Lest you think the movies were just harsh on fathers this year, let’s finish up with Best Actress nominee Meryl Streep as Margaret Thatcher. First, having been an ardent fan of Ronald Reagan and Margaret Thatcher throughout my teens, I was unaware that not everyone felt this way. Well, the biopic of Britain’s first female Prime Minister is not in the hands of fans. A friend of the director even said to her, “I made a pact with a friend at university that we would party on the day of her death.”

The Iron Lady excoriates Margaret Thatcher as a leader, colleague, wife, boss, politician, and mother for the full hour and 45 minutes. The movie’s treatment of her as a mother was, to me, the most insidious. Thatcher’s children are shown in silent clips chasing her, grabbing her skirt, her car – anything to touch and have a piece of her. And the movie portrays Thatcher choosing ambition over her children every time.

The last scene shows an aged Thatcher looking out her kitchen window. She smiles as she hears birds and the laughter and voices of children playing. She tells her maid she’s not going out because she “has nowhere to go.”

Hmm. If the director wants me to believe that Margaret Thatcher blew it and has regrets about motherhood, I’m not buying it. I am certain the former Prime Minister has places to go. And so do I. I’m hoping to catch an early screening of 21 Jump Street. 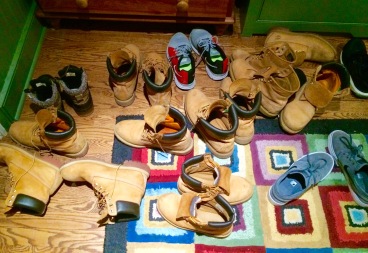