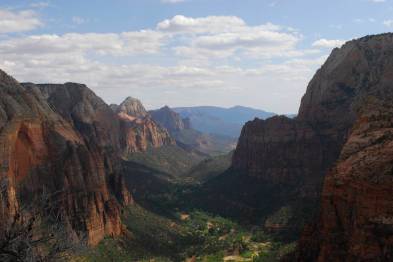 Of course I knew it would happen.  I have three boys.  I’m not in denial.  I just kept thinking, “They’re so young. Does it have to happen so early?”

First, it was my oldest son up in his room.  Alone.

The other day, I was cleaning out my middle son’s backpack.  There it was at the bottom of his school bag.

Then, the postal service delivered a thick envelope for my husband.  It didn’t actually say what was inside, but I knew.

One by one, I’m losing the boys in my house to J.R.R. Tolkien and The Lord of The Rings.  It started with the paperbacks from our own shelves, then the audio books, extra copies checked out from the library, and now Netflix DVDs of the Peter Jackson masterpieces.  I thought the tales might be a passing fad in our house, but their pull and power seem to get stronger.

Back in college when I moved to China for a semester, my now husband told me he wanted to give me a gift to remember him by while I was halfway around the world.  He then presented me with The Lord of The Rings trilogy in paperback – plus the prequel, The Hobbit, to get me started.  That should have been my first hint to the whole Mars and Venus debate.

But, I hadn’t read the stories and was eager to find clues to the deeper meaning of our relationship that were surely written within.  I read away – all 1,646 pages (excluding appendices).  And no clues emerged from the depths.  Just Gollum and Smaug and other man-beast-amphibian type creatures.

The books did eventually unlock one mystery for me. Like, why I had so many male suitors to my Chinese dorm room.  We’d have tea, make vocabulary flash cards, and practice our Mandarin accents.  Eventually, every time, they’d find the way around to asking, “Can I borrow your Return of The King?”

Yes, all those adventurous American college boys halfway around the world wanted a little piece of The Fellowship.  They and more than 150 million other readers – making it the second best-selling book of all time, just behind Dickens’ A Tale of Two Cities.

As if the written words weren’t enough, New Zealand director Sir Peter Jackson renewed and deepened the spell cast over men and boys by Lord of The Rings – or LOTR to its fans – with his big-screen version of the trilogy released in 2001, 2002 and 2003.

Slim and I walked out of the first installment together, both nearly speechless.  He finally mustered the words to say something akin to, “I think that was the best movie I’ve ever seen.”  I was still trying to wake myself from a 2 hour 18 minute stupor of incomparable boredom.

The husband of a friend uses his VHS (!) tape of the movie to lull himself to sleep at night — like the soothing lullaby of a trusted storyteller.  His trusted, soothing wife waits about five minutes and then turns it off.

Sir Peter and his shire-mates are hard at work on the two-part film of The Hobbit.  The movie’s production is rumored to be the most expensive of all time.  And that was before this month’s fire ripped through Jackson’s studio of miniatures used to create scenes and special effects for the films.  Mind you those are miniatures, not Gandalf and Frodo dolls.

Yes, I get it.  Boys love fantasy and a good adventure story.  But why these more than any others?  And why do they still appeal almost exclusively to male readers, when girls have been borrowing from the fantasy bookshelf for years?

The answer is apparently the only simple thing about Tolkien’s complex world.

“Basically, it’s a men’s club.  A very interesting one, but a men’s club,” says Anita Silvey, the premier authority on books for children and young adults.  “Children always like to see themselves reflected in a book – there has to be a role for them to play.  This is a cast of all male characters, with women playing only very minor roles.”

It shouldn’t surprise you that there are all kinds of websites with games, wikis, role-playing, and quizzes dedicated to the lore of LOTR. In the “Which Lord of The Rings Girl R U?” quiz, I landed Galadriel.  I don’t care if Tolkien did consider her “the greatest of elven women.”  If she doesn’t end up with Viggo Mortensen, I’m not interested.

Silvey says that Tolkien’s mastery of the genre and the English language has also bolstered his tales’ endurance.  “He set the highest standard of fantasy for anyone in the twentieth century.  So it’s no surprise that readers who don’t normally want a fantasy world are perfectly happy to live in that fantasy world.”

Completing The Lord of The Rings series is no small feat for any reader. But for a child or a maturing reader, the accomplishment can be a milestone.  “A child who finishes Tolkien knows that all of literature is open to them,” says Silvey.  “It is one of those books that changes the way you look at the world.  And those are very rare.”

That sentiment has me warming to the fact that Thing Two has taken to the books after resisting the series for years.  “In reading, you are looking for the right book, for the right child, at the right time.”  Silvey says that many readers attempt the series a number of times before they are ready.  “And then one day, you think I am really ready to go on this journey with them.  And with The Lord of The Rings you’ve got to be prepared to go all the way to the end.”

And that explains why a friend of mine calls The Hobbit a gateway drug.

Mr. Tolkien ends the first book – which, like so much of fine literature, began as a bedtime story for his children – with a blend of inspiration and reassurance to which most parents can only aspire. “You are a very fine person, Mr. Baggins, and I am very fond of you; but you are only quite a little fellow in a wide world after all!”

As a mother of three little fellows in the wide world only too eager to be part of an epic journey to Middle Earth, I am considering adding the book to the stack on my night table.

“I envy anyone who can read it for the first time,” says Silvey.