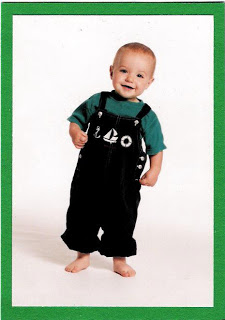 Just last week I took my first-born to the pediatrician for his 13-year-old well visit. An official teenager.  What better opportunity to make a study of the species and prepare myself for the years to come?

The American teenager officially came into existence in the 1940s.  Obviously, kids have matured through the “–teen” suffixed years since time immemorial, however the social construct and even the term “teenager” are relatively new concepts resulting from modern American privilege.

First, the depression brought child labor laws into effect, keeping kids out of the workforce and putting them back in school.  Second, prosperity followed World War II; and American society shifted to become more child-centric.  It was the “perfect storm” – high schoolers with free time, increasingly indulgent parents with money, a country riding the wave of a postwar boom, and the release of the Fender electric guitar in 1946.

The American teenager has been a driving force in our culture, media, and economy ever since.  My boy is now one of about 30.5 million teenagers populating our middle schools and high schools. I have been conditioned as a parent to expect the coming years to be simultaneously precious and painful, as I watch my son pass through the crucible of adolescence. Just a handful of years between Legos and legal age in which to find out who you are, forge an identity, and achieve autonomy.  That’s a pretty tall order when you weigh 82 pounds and don’t quite reach 5 feet.

Fortunately, teens have always had plenty of adults telling them who they are and what they want – just ask them.  Although new to the world of teens, I know enough to let the dude “chillax” on the weekend and not ask him to cut his hair because it might kill the “flow,” which I’m assuming is a close relative of Qi and fengshui.  I also know enough to call on some psychologists, youth marketing analysts and sociologists to help me make sense of the landscape.

First, adults like labels. And I don’t mean youth market favorites Abercrombie and Fitch, American Eagle and Under Armour.

What happened to all of the catchy descriptives? The Lost Generation, The Silent Generation, The Baby Boomers.  Are entire chunks of the population destined to be known simply as alphabetical letters by which academics have dubbed them?

Just weeks in with a new teen, I find myself defensive on his behalf as outside forces try to label, categorize and define him and his amoebic peers by attributes and timelines completely out of their control.  They seem to be told who they are before they have a chance to discover it for themselves.

Some have even referred to my son and his younger cohorts as the Homelander Generation because they have no first hand memory of the September 11, 2001 attacks.  Others have labeled them The Net Generation or Generation I (internet) or Generation D (digital) because they will be the first group of Americans to never experience education, work and play without the internet.

So far, my teen seems to be living up to those expectations. “If I could have anything, I’d get the iPad and an iPhone.  But if I couldn’t get an iPhone then I’d want the Droid,” he explained when asked about a fantasy birthday list. “AT&T’s service and coverage are better, but Verizon has better phones. It’s just always been that way,” he says like he’s working a pop-up booth at an industry trade show.

“And if I couldn’t get an iPad, then I’d get a MacBook Pro with the biggest screen available,” his tech reverie continues.  When asked why the Pro laptop over the more consumer geared MacBook, he explained, “The Pro has a better battery life and I would definitely want the biggest battery.”  Clearly, that seventh grade science report calls out for the one extra hour of battery life costing an additional $1500.

Indeed, research and marketing guru Josh Weil, CEO of Youth Trends, says, “You cannot underestimate how savvy today’s teens are with all things tech-related. It sets them apart from all previous generations.” This next generation seems poised to teach us that technology is the medium and the message.  Technology is the means and the end.

But for the youth who’ve yet to break out (literally and figuratively), perhaps it’s just the beginning?  I want the media and society to leave open the possibility that my son and his generation might surprise us.  I don’t want them to be defined simply by how frequently or how quickly they text, swipe, blast, tweet, and update.

Certainly, experts say there are other signposts to today’s teens – environmentalism, initiative, vampires, stress and enhanced water drinks. But aren’t those all things that have been sold to them by Generation X, Generation Y and The Baby Boomers?

When I watch my 13-year-old singing next to me in the car, or even when I look at a picture of his smiling toddler face, I still see limitless potential – and unnamed possibilities. Not teenage angst and not the Homelander Generation.  I am optimistically looking forward to discovering what his generation teaches us about themselves and our world.

And as a parent, I can teach my child that labels aren’t everything.  Not Urban Outfitters or Juicy Couture.  And not Generation Z or Generation I.  And I can teach him that people can grow and labels can change.  The G.I. Generation may not have been all that unique as teenagers either, but decades later they earned themselves a PR overhaul courtesy of Tom Brokaw, and became The Greatest Generation.

Just in case, I’ll keep a space open on my bookshelf for the 2050 bestseller, The Greatester Generation.  Actually, I’ll probably just have to set aside some memory for it on my e-reader.